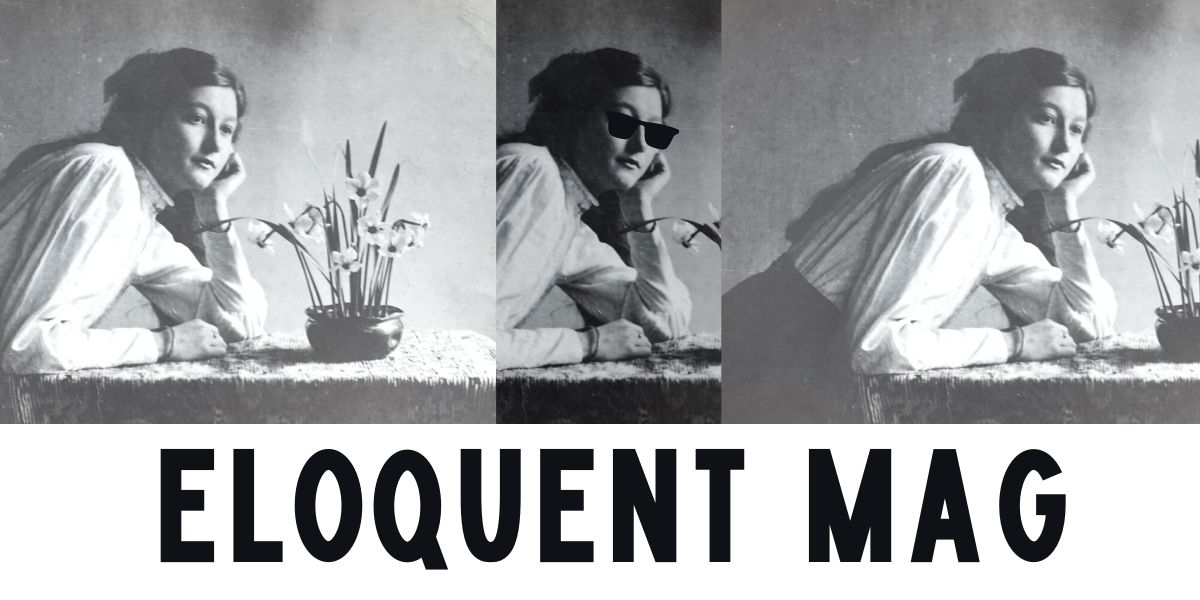 Forrest, also known as sleeplessinflatland, is an abstract visual artist and beatmaker from Norman, Oklahoma. In their latest project, Precious Cargo, they pay homage to their family and friends who they once referred to as precious cargo. In this exclusive interview with Eloquent Mag, Forrest delves into their past, present, and future; talking all about their music and career.

From releasing music during the COVID-19 pandemic, to giving advice for aspiring artists, Forrest truly believes in the power of artistry. Having a somewhat conventional upbringing, Forrest finds solace in their art and is able to use it to inspire others across the globe. Primarily using Bandcamp to release their music, Forrest is able to create from anywhere and continue to grow in their art.

Q: Tell us a little bit about yourself, and how you got started in your career.

A: Well, goodness… how does one reflect on themselves and then refract it to the unseen eye. All I’ve known is the impulses and stimuli this system of sinew provides. I live a semi-charmed kind of life, eyes half-opened, moments and lights flashing past my body. Pretentiousness aside, I adore waxing nonsensical, but in brief bursts of comedic relief between bouts of intense work periods. I enjoy working and creating, something I’ve done since I was a young child. I wanted to be a marine biologist for the longest time. One of my very first works was a painting of a giant squid, imitating the highly exaggerated, but cool old wood prints one would see in early records of the lovely creature. I lived in a world of wonder and fascination, where the grasshoppers were as big as my little arms, zipping out of the grass taller than me and grandma’s trailer, a yellow double-wide surprise where the world had left the edge of existence.

Fast forward a decade and a half later, and once again my hair was long, in braids, my mood happy, in spite of poverty and homelessness. I didn’t see it like that, I was able to create at a moment’s notice, drawing and creating to pave my way. Eventually, I was fortunate enough to get a day job through a friend  and was finally able to move off the streets, using the job to fund my art and support myself for almost a decade, before purchasing driving lessons, attending broadcasting school, phasing myself out as I was doing any and all production work I could get, paying or non. At one time, my week would consist of anything from running a shift at Long John’s in the morning, PA/DJ for a local high school’s basketball and wrestling squads in the evening, then the next day I  was a roadie and stage hand for a local dj company. Eventually, I was simultaneously working at a local country radio-station as a board operator/ in studio producer for their football coverage on Saturdays, along with assisting my team in general management of the old shop I had been helping to run through the years as I phased out, working still at the dj/ live production company, on top of helping out with various productions with my mentor turned friend from the broadcasting school, Brad Reed. Time passed and I found myself on the promotions staff for the local radio stations, setting up radio remotes across the state, and operating as an audio technician or engineer for live radio remotes and shows. I did that until falling ill earlier this year and am still recovering.

Q: We are excited for your new project Precious Cargo. Can you tell us a little more about it?

Editor’s Note: Precious Cargo was released in 2020, the time of this interview.

A: Thank you! Precious Cargo has been in the works for a few years since I wrapped up it’s predecessor, Loose Change, a collaboration with fellow Normanite, Narono, that’s heavy on the boombap but with experimental and ambient flavors.

Precious Cargo is a progression from Loose Change in name and concept.

Precious Cargo was born as a comment I had made to an old friend, referring to them and their family as “precious cargo.” I remembered this, and it stuck with me as a natural progression. With this next project, I wanted to make progress and learn to love myself, to value myself as much as I valued others, and to show it through this audio, writing much of it over the course of a couple years while on the road, or doing what needed to be done. 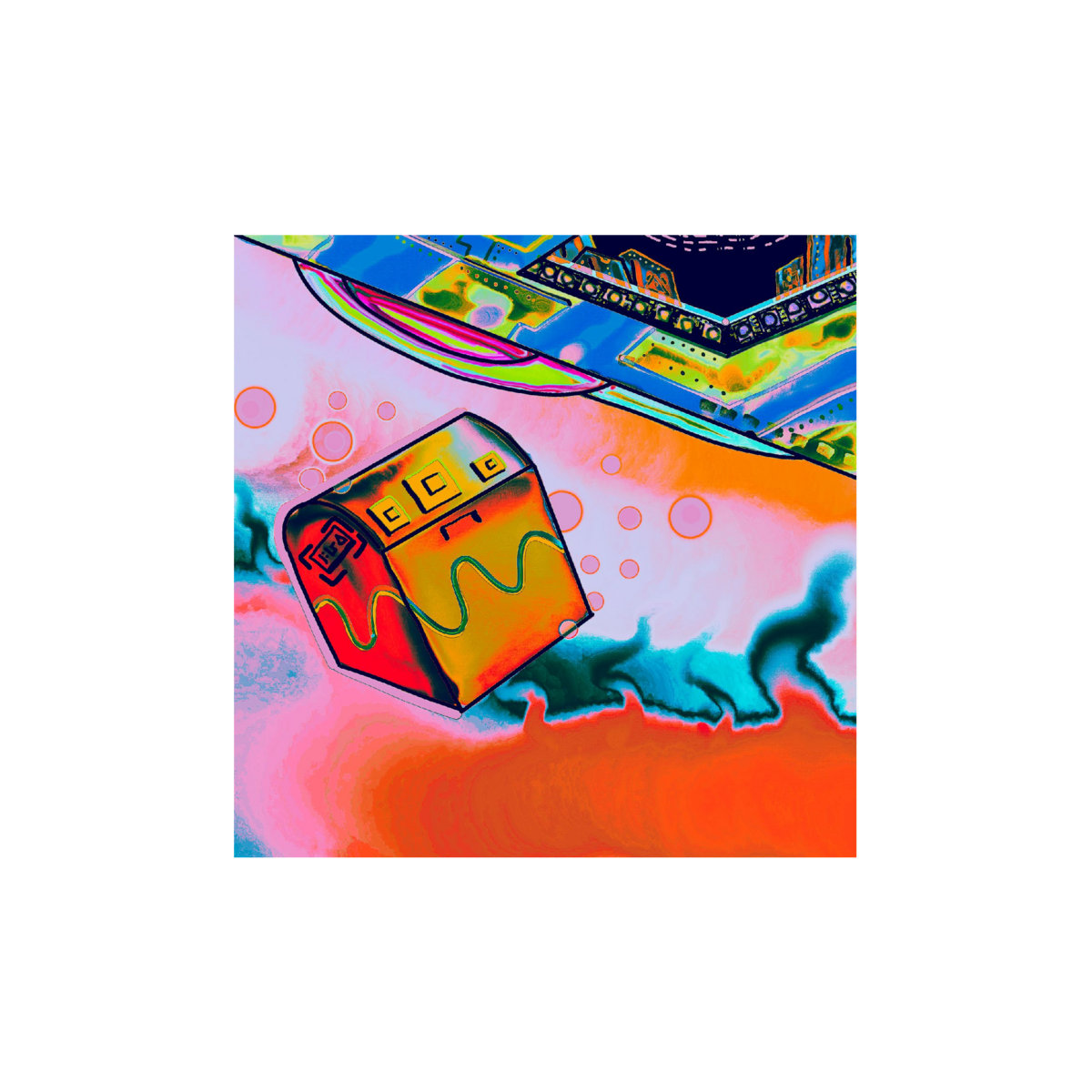 Q: In the new world of COVID, the internet is being utilized by musicians very differently. Many indie artists have been speaking out against big names like Spotify, in favor of places like BandCamp. What are your thoughts on this?

A: I release almost exclusively on Bandcamp. Especially with works, such as Precious Cargo, copyright laws will not allow for this work to exist on platforms, such as Spotify, especially in its current form. I hardly use Spotify, if I’m being entirely candid. I’ve been doing this since before I began sleeplessinflatland in 2014, before I really started sharing on the internet, and  I would likely be doing this in some form or fashion without it. But to say I would be where I am without it is misleading, because I can’t even begin to imagine where I would be without it, in terms of its effects on my tastes or in terms of the sheer amount of resources available online.

Looking at these payolalike items that Spotify is currently doing, I already don’t pay for a subscription, so the chances of me shelling out cash out of my pocket or setting up a budget for that seems impractical. It’s not to say I wouldn’t put my music up there, should it be appropriate, because frankly, as artists or like with any other item, you have to go where the people are… Honestly, with me only having released for such a short time, I feel open to how I can really present the experience of my work or art, even if it’s only induced by a simple crappy graphic, some choice sarcasm and jokes, then the audio. So, with this spur of release here in 2020, it’s kind of the time to try and bust out of your shells, or to buck a so-called norm.

Q: Are there any other resources, similar to Bandcamp, that could be helpful for other indie musicians?

A: So many; in my opinion, it comes down to what you’re wanting

and how much you want to do. You name the platform, there’s a community presence there, it’s just up to you to find it. Youtube is how I learned to produce (and learn tricks still), and Twitter is wonderful for networking. If there’s a platform, I’d highly suggest setting up a profile on it, whatever it is, and beginning to get to know the people there that have similar interests or goals like yourself.

For instance, myself, when I was DJ-ing and employed by that DJ company, coming from an electronic, leftfield, and instrumental hip-hop background, I would find myself running into obstacles, especially maintaining a quality live production, especially with track selection. Eventually, I found out about Tunebat and with time, I was learning with experience. I find voicing my desires or needs, especially on Twitter, seems to show great results, whatever it is, just being open has yielded wonderful results.

Q: What are some other tools and platforms you are using to sell and promote other musicians in your community?

A: Personally, humor, openness, and some organization are my three go-to’s when it comes to promotions. It’s amazing the amount of times being objective and shamelessly happy about the music I do like, and supporting it however I can,  will simply present an opportunity.

Self-made videos, good and bad, definitely help, whether it’s a beat video or me turning around the camera on myself.

Lists are highly recommended on Twitter, especially to prevent the endless scrolling and resulting wasted time.

Of course, if you’re  not consistent or actively interacting with other members in your community, these other items are rather hard to put into play.

I have profiles setup on Instagram, YouTube, Twitter , Soundcloud, Mixcloud, and likely others that slip my mind, but in order  to tie it all together,  I suggest using items like a link tree to help get the most out of a single link space.

One thing I’ve done, off and on throughout the years, is I host a segment or show I started while in school, where I would highlight friend’s music, and I always really loved doing that, so it’s something I’m definitely looking at getting back up and running.

Other items include, doing my amateur design or graphics work in a variety of styles inspired by or directly influenced by their own works, such as filming myself spray-painting as I listen, remixing someone’s audio, or sometimes just a simple stagnant image I drew, painted, photographed, along with a meaningful caption supporting them, sometimes something funny to grab a viewers attention, or even downright absurd, depending on the mood.

Q: What is something that you have overcome to get to where you are now?

A: There’s a lot I could pick from. I was homeless for several years before getting a job at the age of 19. I’ve had COVID twice this year, I was born with holes in one of my lungs. I take the philosophy of life is pain. But… My favorite is that of riding my bicycle daily on an intercity route to an old partner’s house, just pedaling along, headphones blaring, on the side of the highway.

Q: What is your favorite part of what you do?

A: When I put those headphones to check what I’ve been working weeks on and it sounds like it did before I got sick this year.

Q: What is your favorite thing you’ve worked on thus far in your career?

A: Honestly… feeding my town for almost a decade at my old shop. I may have been human, an alcoholic, and slept in often, but once I woke up and helped to open the shop… I really came to love it.

It wasn’t just me though at all. There were so many people that helped.

Now if we’re talking visual arts, it’s probably this old two-dimensional wall art installation I had in an old studio apartment of the lady getting electroshock therapy in Requiem for a Dream, that had layers I could take off that would change its appearance to suit my mood.

A close second was a series I referred to as fractal pornography that is self explanatory. But when it comes to my audio pieces, I have to say it would likely be the track “Sister,” which actually samples my little sister and her high school choir in their last concert.

Q: What inspired you to start on your music journey? How have you used that inspiration throughout your career?

A: I was listening to tunes and party rocking quite terribly during my off time when I was first a general manager. We were no good. So I kept going.

Q: Do you have any advice for someone struggling to take the plunge into indie music?

A: Just do you, don’t worry about what folks say, be objective.